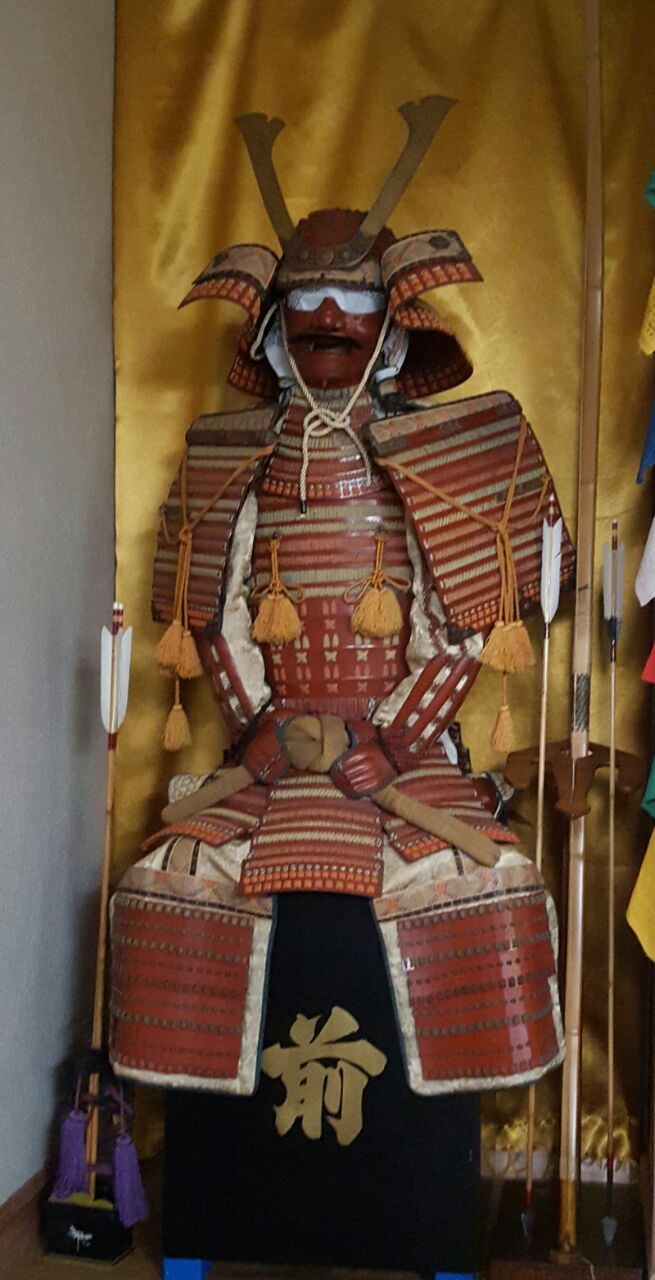 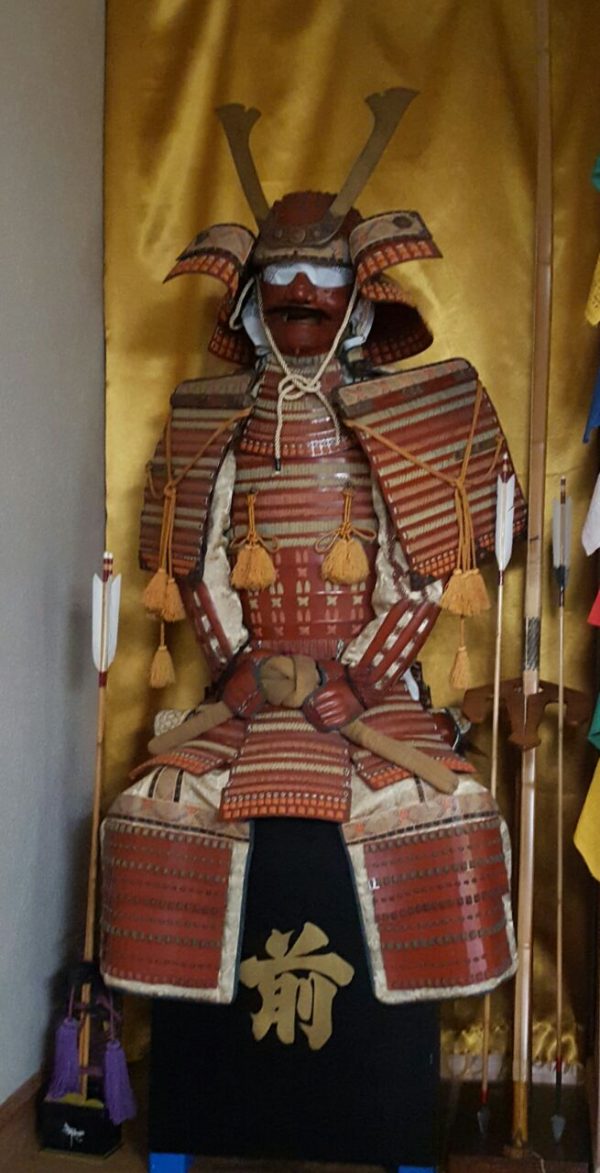 Here we have genuine Japanese made ceremonial warrior armor. The age of this masterpiece is around 100 years. You are not going to find these too often. This has been cared for as all original 100 year old armor is. It has been loved and treated with utmost respect. If you want to feel the prestige and honour that a Japanese warrior felt wearing full ceremonial armour, this is your chance. Armour like this does not come up for sale very often. When it does it is usually snatched up in minutes.

This armor was bought from an antiques dealer in Hiroshima Japan. It is ceremonial armor but you that does not mean that it can’t be worn. However due to its age and value it has been a collectors display. We do not know which warrior this was made for sadly. This Armour was hand crafted by true artisans. This is not a machined product with a made in Taiwan label on it.

Warriors used their armor as protection in battle. As such it was made to the highest stands. In Japan, this are crafted to utmost perfection. In the days of the Samurai everything was made with care. The artisan that made this outfit would have wanted the wearer to survive. The fact that it has lasted roughly 100 years stands testament to the quality of the craftsman that made it. Their workmanship has far outlasted them. This would be the only true test of workmanship.

Eugene is also selling a some awesome Japanese and Chinese swords.